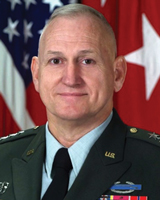 General Jerry Boykin: United States Deputy Under secretary of Defense for Intelligence under President George W. Bush. During his 36-year career in the military he spent 13 years in the Delta Force, including two years as its commander, and was involved in numerous high-profile missions, including the 1980 Iran hostage event, the 1992 hunt for Pablo Escobar in Colombia, and the Black Hawk Down incident in Mogadishu, Somalia. He is an author and teaches at Hampden-Sydney College, Virginia. He is currently executive vice president at the Family Research Council Washington D.C. 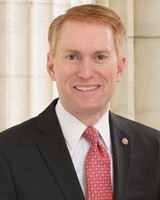 Senator James Lankford: is a United States Senator from Oklahoma and a member of the Republican Party. He served as the U.S. Representative for Oklahoma’s 5th congressional district from 2011 to 2015. From 1996 to 2009, Lankford was the student ministries and evangelism specialist for the Baptist General Convention of Oklahoma, and he was director of the Falls Creek youth programming at the Falls Creek Baptist Conference Center in Davis, Oklahoma. He stepped down on September 1, 2009, to run for Congress. In January 2014, Lankford announced he would run in the 2014 special Senate election to succeed Tom Coburn.  He subsequently won the June 2014 primary with 57% of the vote, becoming the Republican nominee and he would go on to win with nearly 68% of the vote. James is a strong proponent of conservative values regarding faith, family and freedom. 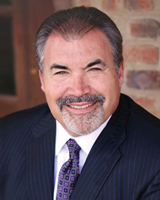 (Rev.) Paul Blair: Blair earned his bachelor’s in business finance from Oklahoma State University where played football on scholarship. Afterwards he was drafted to the Chicago Bears, playing for five years in the NFL. He returned to Oklahoma and started a vending and coffee business with his brother. Paul has served as pastor at Fairview Baptist Church in 2001. He founded Reclaiming Oklahoma for Christ as well as Protect Life and Marriage Oklahoma; he has been a guest on a number of radio programs including the Glenn Beck Television Show, AFA Radio, and the Mike Gallagher Radio Show, to name just of few. Pastor Blair has also been named National Pastor of the Year by Vision America. This Year Pastor Blair is running for Oklahoma state senate where he will defend religious liberty, the 2nd Amendment, pro-life; and stand up against increased federal regulatory overreach. 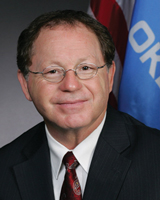 Rep. Dan Fisher: Dan is currently serving his second term in the Oklahoma Congress as State Representative for District 60. He been politically active for years and has worked with Oklahoma legislators in endeavoring to pass key pieces of conservative legislation. He has a passion for communicating Scriptural truth to this culture of “political correctness.”  Because of America’s increasing “drift” from its origins and Christian roots, Dan has become heavily engaged in working toward returning America to its founding principles. Dan is known as a leader in the “Resonance Movement” and has given his presentation, “Bringing Back the Black Robed Regiment,” all across America.  In this presentation, he gives the history of American pastors during the Revolutionary War and shows how they were one of the primary forces in the fight for liberty.   He is also the Senior Pastor of Liberty Church of Yukon, Oklahoma. 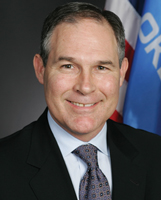 Attorney General Scott Pruitt: Scott attended Georgetown College and graduated in 1990 with a Bachelor of Arts degrees in Political Science and Communications. He then moved to Tulsa, Oklahoma when he attended the University of Tulsa to earn a Juris Doctor in 1993. He entered into private practice in Tulsa where he specialized in Constitutional Law, Contracts, Insurance Law, Labor Law, and Litigation & Appeals. After five years as an attorney, Pruitt ran for, and was elect to, the Oklahoma Senate in 1998, representing Tulsa and Wagoner counties. After only two years in the Senate, Pruitt was selected to serve as the Republican Whip from 2001 to 2003. He was then selected to serve as the Republican Assistant Floor Leader, a position he held until he left the Senate in 2006.

Bill Ledbetter: Bill Ledbetter is the founder of the South Central Patriot’s Conference.  He is the pastor of Fairview Baptist Church in Durant, OK.  Bill is veteran police chaplain, and a strong proponent of believer’s political activation and constitutional conservatism. Bill is a political advocate for conservatism and has a powerful delivery of Biblical principles for cultural engagement. 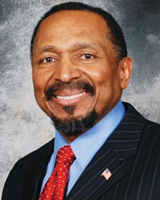 Bishop E. W. Jackson:  is an American conservative politician, Christian minister, and lawyer in Virginia.  He is a graduate of the University of Massachusetts Boston, where he majored in philosophy and Harvard Law School where he earned his law degree. He practiced law in the Boston area for 15 years. Jackson is the founder and current president of S.T.A.N.D. (Staying True To America’s National Destiny), a conservative non-profit organization that is dedicated to preserving life, the traditional family and our Judeo-Christian history and values as the Foundation of our Constitution and culture. He is head pastor at Exodus Faith Ministries, located in Chesapeake, Virginia. Jackson has appeared as a commentator on national news networks such as C-SPAN, Fox News and MSNBC. 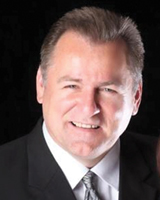 Jesse Leon Rodgers: Is the Chairman of the Oklahoma Watchmen on the Wall Network, a ministry of the Family Research Council, Washington D.C. Rodgers is also the founder of “The Church United”, a ministry dedicated to facilitating the unity of the Body of Christ in the cities and county seats of Oklahoma and beyond. He is a graduate of the Assemblies of God Theological Seminary where he received his post graduate degree. Rodgers has ministered in many nations of the world on five of the seven continents. He and his family were resident missionaries in Singapore for the duration of the birthing of the “one-church one-city” movement.